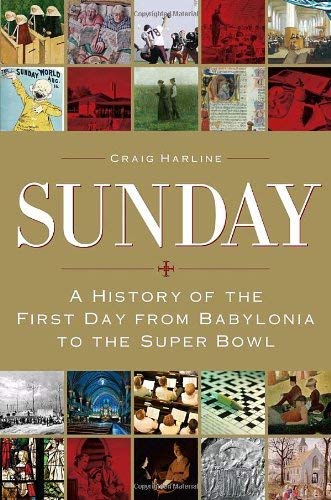 Sunday: A History of the First Day from Babylonia to the Superbowl

Harline, an acclaimed historian and author of , adopts a brilliant day-in-the-life strategy to explore the history of the Christian Sabbath in various cultures and times. Rather than attempting a sweeping and methodically exhaustive approach, Harline investigates the topic episodically, portraying, for example, a medieval English Sunday in one chapter, a decadent fin-de-siècle Parisian Sunday in another, and a 1950s American Sunday in the last and longest chapter. Along the way we also visit the earliest Roman Christians; a Dutch Reformed family in the 17th century; some battle-weary soldiers during World War I; and England again during the interwar years. Harline is a marvelous storyteller, combing the diaries, popular periodicals and letters of the various periods to bring the people and their times to life. There are some surprising revelations; until the fifth century, Sunday was a day of worship but also one of work, as early Christian leaders were anxious to distinguish it from the Jewish Sabbath. And Sunday has sometimes given rise to unlikely leisure pastimes: in Holland 400 years ago, it was the preferred day for courting; and in America today, it seems sacrosanct for professional sports. Harline's engaging and wonderfully written popular history deserves a wide readership.