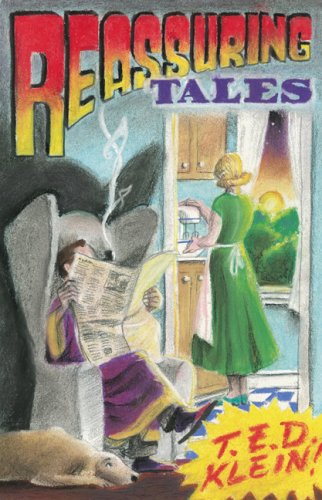 If most of the nine short stories and one novella in this slim volume read like episodes from the , this isn't coincidence, as Klein edited magazine from 1981 to 1985. Like the typical episode from the TV show, the stories tend to be low-key and a tad predictable, with little that is truly frightening. In "Camera Shy," a man discovers, too late, that his new son-in-law isn't what he seems. "Magic Carpet" tells what happens when an airline passenger suddenly loses faith in the physics of flight. "They Don't Write 'Em Like This Anymore" concerns a man whose childhood subscription to a pulp magazine mysteriously starts up again despite the magazine's demise in 1939. The most substantial piece, and the only one that's truly horrific, is the 1972 novella "The Events at Poroth Farm," which Klein later expanded into his brilliant first novel, . This collection will appeal mainly to the author's longtime fans who patiently await his second novel.