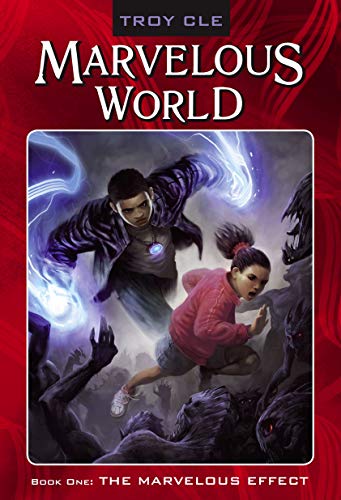 Troy CLE's debut novel, originally self-published, has its heart is in the right place, but unfortunately often gets bogged down by an overwrought narrative. Seventh-grader Louis Proof receives an invitation to an exclusive, hidden playground called the JunkYard JunkLot. Once there, he discovers a subterranean playground filled with video games, pizza and skateboard half-pipes. Louis is spooked by two pairs of phantom eyes he sees while playing a larger-than-life car racing games. Soon after, he falls into a coma for three months, and when he wakes up the world appears to have gone mad: parents don't act like themselves, kids start disappearing and reappearing, and fire hydrants spray cookies and ice cream. Louis learns he is becoming a Celestial-like Entity (“Close to perfection, but not quite,” says Timothy, a supernatural mentor to Louis) and he gains powerful abilities that make him a threat to the Galonious Imperial Evil, who has crossed over from the “thought dimension” with his army of Crims to free everyone on earth from all responsibilities. There is a profound message at the book's core—that selfish desires to do only what pleases oneself are among the darkest evils imaginable—but it's buried fairly deep beneath a profusion of arcane alien names and too-cute direct asides to the reader. (“Will L. Proof really be able to put a stop to all this? Do you want him to stop it?”) The urban setting and characters of CLE's world may attract fantasy fans and bring new ones to the fold, but they might struggle to comprehend it once they arrive. Ages 10-up.