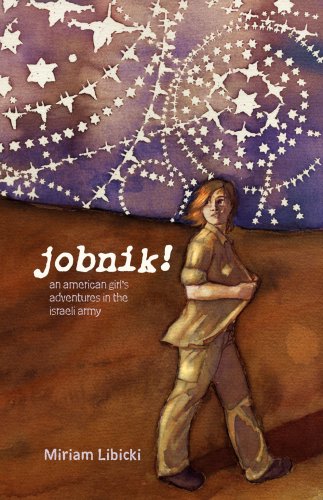 In this unusual but important autobiographical graphic novel, author/artist Libicki goes to Israel and joins the army to find herself. Although Orthodox, she had lacked the expected modesty, was one of those girls who was “technically” a virgin and attracted trouble. (A misogynist who tries to sodomize her says that he'd never touch a virgin, but would make an exception in her case.) She's often disliked for her social missteps, and because of mental health problems and limited Hebrew, she's assigned a or noncombat job, as a secretary in a clinic. “She knows seven ways to kill a man,” a friend back home jokes. “Five of them involve a fax machine,” she responds. Appalling news—it may mean friends dead—plays on the radio and the TV as insidious background music, constant and stupefying. But Miriam and her comrades are numb. The scale and the implications of what's going on around them don't register. The artist gives all the characters the startled sense of weight she gives her own character—as if adult bodies were some vast surprise. Their big eyes and chunky limbs don't register the horror taking place around them—part of the deadly innocence of youth is how the young can get inured to awful things, and the story shows this excellently well.