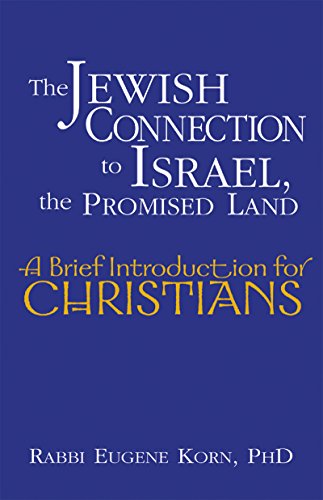 The Jewish Connection to Israel, the Promised Land: A Brief Introduction for Christians

Informative, factual and, sadly, as dry as the land it depicts, this newest installment of the Brief Introduction for Christians series has some fine qualities. It is filled with interesting tidbits and opinions of which even Jewish readers may not be aware—e.g., the Israeli view of “Hanukkah as a symbol of political independence and precedent for Jewish cultural and military self-defense.” Chock-full of history, dates and statistics, the overview of Jews' relationship to Israel is thorough. However, it feels more like required collegiate reading than the engaging dialogue it could be, and the more contemporary commentary, particularly regarding American Jews, fails to illustrate the breadth of diversity within the community. Though by definition the Diaspora has produced Jews of every background and opinion, Korn, professor of Jewish thought in the Department of Christian-Jewish studies at Seton Hall, generalizes the place in which American Jews hold Israel as “a central focus of Jewish identity,” as well as their connection to the “Ethiopian, Russian, Yemenite, and Iraqi Jews... as brothers and sisters.” Certainly, Zionists abound in the United States, yet Korn fails to develop the idea that opinions on Israel vary as much among Jews as among their Gentile counterparts.