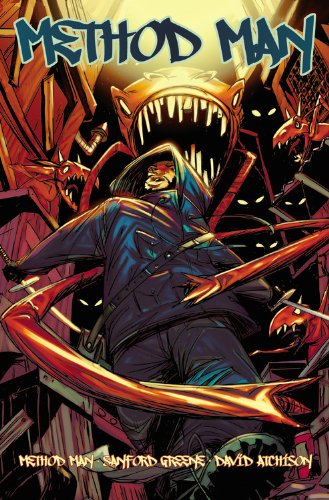 Rapper Method Man's attempt to reinvent his creative horizons has yielded this graphic novel. But instead of a memoir, à la Percy Carey ( ), it's a full-on horror adventure. Peerless Paine, a direct descendent of the biblical Cain, finds himself a magnet for supernatural trouble that he and other scions of Cain must eliminate. These avengers operate as the Order of the Sacred Method and wield modern and arcane weaponry in their battles, as well as “the Wrath of Cain,” a berserker fury that grants its possessors enhanced physical prowess and healing capabilities, traits that come in handy when facing Lovecraftian menaces. Once booted from the Order for a romantic transgression, Paine is allowed to rejoin in order to ensure victory over a baleful evil, but while there are monsters and action galore, if the reader has seen even one episode of or encountered , this material will seem familiar. Greene's graffiti-inspired art livens up the proceedings.