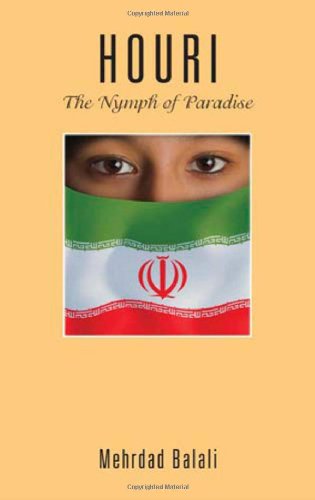 An autobiographical novel that looks at changes in Iran between the late 1960s and the early 1980s through the eyes of a 12-year-old Iranian boy and the boy as a man some 14 years later. Having immigrated to California, Shahed returns to Tehran after his father's death, hoping to make sense of their relationship. Shahed's memories of his childhood in a freer, more secular Iran under the Shah alternate (sometimes abruptly) with his experiences of the country after the fundamentalist Islamic Revolution where Q-tips are “objects of bourgeois luxury.” The childhood scenes are sharply rendered. Baba, Shahed's father, is a selfish, greedy spendthrift and perpetual debtor who literally takes food off Shahed's plate; other men fare no better, from Shahed's opium-addict uncle “E” to a school principal who uses his blindness as an excuse to grope schoolgirls. But then there's the houri (Persian for “nymph of paradise”) of the title, the sexy, wealthy neighbor who was the object of the preteen Shahed's fantasies. Iran's struggles under a repressive regime provide the backdrop to this revealing story, but the book succeeds more as a fictionalized memoir.