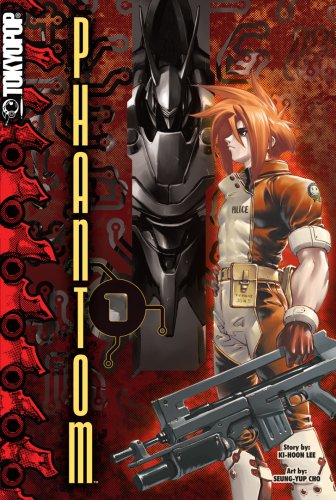 K is a hot-headed and determined pilot of a mech, a large robot commonly referred to as a mobile unit, in the Neo Seoul police. Fighting against terrorism with unfaltering dedication, K never questions the megacorporations in control of his world—until he finds himself engaged in battle against the beautiful terrorist Sara, and a nightmarish confrontation explodes his sense of justice. Unfortunately, despite Cho's standout art (the character designs are sharp, smart and uniquely futuristic; the mechs are impeccably drawn; the battle sequences are clean and easy to follow), is a very bland story. The dark and totalitarian vision of the future has been more effectively imagined many times before, across many different mediums, and the characters are flat and predictable. Lee's vision is intriguing but falls dramatically short of its potential, relying too much on its Japanese anime inspirations ( ) to produce interest among readers. No matter how compelling Cho's artwork is, it cannot propel the plot of into being anything other than a mildly amusing, albeit forgettable, read in the mecha genre.