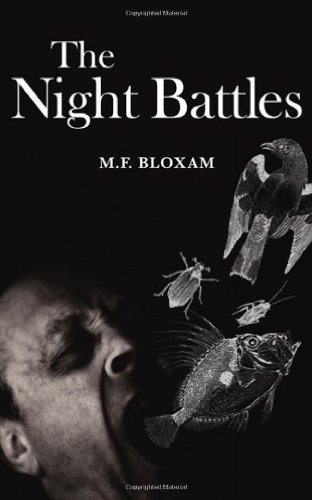 Bloxam delivers fine Sicilian literary horror in the vein of Tom Piccirilli and Sara Gran. When Joan Severance finds her career as an anthropology professor on the rocks, she returns to Sicily, her childhood home, and finds work as an archivist, performing research in the coastal village of Valparuta. Immediately, she is attracted to fellow archivist Cosimo Chiesa, who reacquaints Joan with Sicily’s Mafia. (Years earlier, Joan’s mother, a crusading anti-Mafia journalist, became a victim of their vengeance.) Paranormal forces are also at work: Joan learns of the , a fertility cult whose spirits battle evil witches to ensure a bountiful harvest. This spiritual struggle has continued until now, as Joan and Cosimo, a self-admitted , are thrust into the terrifying “night battles.” Joan and Cosimo also discover a valuable Cadmus bible, clash with the mob and become star-crossed lovers. Bloxam’s ornate prose is the perfect complement to her complex heroine and the creepy goings-on in this eerie and satisfying debut novel.