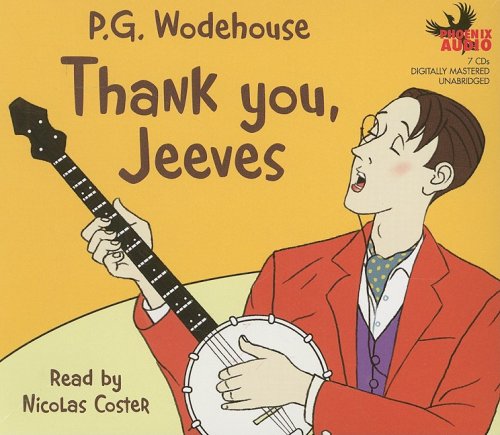 Like a comic novelist Nostradamus, Wodehouse seems to have aimed his prologue at an audiobook audience 74 years after this first full-length Bertie-and-Jeeves novel was written. He begins by enumerating the pitfalls of “writing” the book through dictation and gives us a Victor Borgeian demo: “Quote No comma Lord Jasper Murgatroyd comma close quote said. No, better make it hissed Evangeline comma quote I would not marry you if you were the last man on earth close quote period.” Nicolas Coster is a genuine joy to listen to, both as Wodehouse and his silly cast of characters. He plays Jeeves's sublime interactions with Bertie and his colleagues in the manner of a true gentleman's gentleman: with cool bemusement and calm. When chaos ensues, Coster's proper British manner makes everything even funnier.