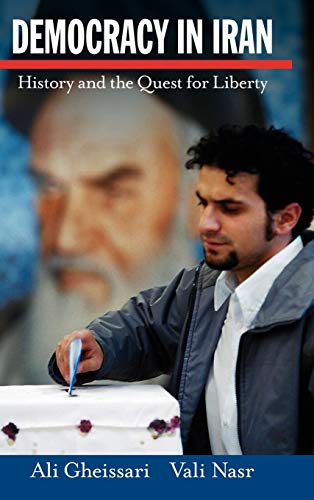 Democracy in Iran: History and the Quest for Liberty

Few countries today appear so erratic and unknowable as Iran, where Islamist president Mahmoud Ahmadinejad's increasingly militant pronouncements keep leaders awake at night from Washington to Paris. Despite President Bush's assertion that the spread of democracy will sweep away intolerance in the Muslim world, Ahmadinejad's ascent represented a sharp popular rebuke to the republic's clerical establishment. Gheissari, a history professor, and Nasr, a professor of Middle East and South Asian politics, both of whom have written widely about Iran, attempt to determine the boundaries of Tehran's democratic culture and institutions in this political and intellectual history. Their project is only partly successful, however, given the authors' persistent blind spots. They assert that "in many regards, there is more progress toward democracy in Iran than in any other country in the Middle East, perhaps with the exception of Turkey," which would be highly suspect even if one accepted the Iranian position that Israel does not exist. In their detailed dissection of Ahmadinejad's election, they make little of the fact that reformers and liberals largely boycotted the vote. Despite its flaws, Gheissari and Nasr's book offers a revealing glimpse into the paths that democratic ideas have traveled there both before and after the 1979 revolution.