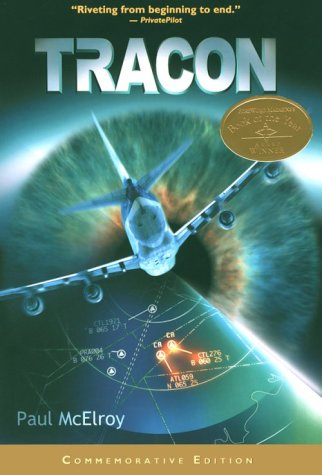 Originally published last year in a paperback edition, which quickly became the favorite book of pilots and air traffic controllers (although probably not of nervous airplane travelers), McElroy's fascinating, frightening saga of the events surrounding a horrific midair collision is being reissued in a "Commemorative Edition" in hardcover to mark the 20th anniversary of the disastrous Professional Air Traffic Controllers' strike—the one the Reagan administration settled by firing everyone. Journalist McElroy's novel is, as he admits in a new afterword, largely a work of nonfiction—lots of solid reporting, with some fictional elements added. It's also a very persuasive argument against the giant computer early warning system called TCAS (Traffic-Alert/Collision Avoidance System), which is supposed to take over automatically when planes get too close. As McElroy's hero—traffic controller extraordinaire Ryan Kelly, the cool-as-a-cucumber whiz who works the titular underground room where most of the heavy lifting gets done—knows, TCAS can't be relied on. Nor should we trust the FAA and the politicians who grease their own runways with that agency's bounty. McElroy surrounds Kelly with a vivid cast of seasoned controllers (and one newbie who sees the job as being akin to "tending a group of wind-up toys, all buzzing in different directions") and journalists, one the daughter of a powerful, devious senator who has his own reasons for keeping the facts about the midair crash out of the papers. This is great page-turning fun—with the added punch of social and economic importance.