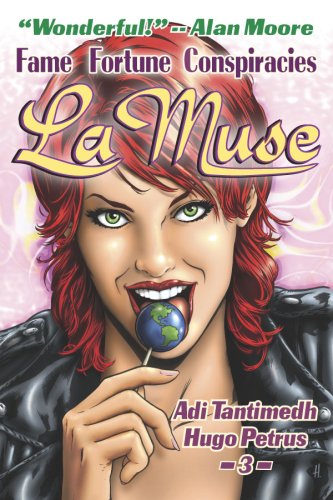 This raucous comedy of divine intervention tells the story of two sisters, Susan and Libby La Muse, two 20-somethings whose parents are noncorporeal aliens from whom Susan—a hard-living, polyamorous, chain-smoking political activist—has inherited powers that grant her near-omnipotence. She keeps her abilities hidden, but when an attempted suicide bombing leaves her with no choice but to act and be outed, she rises to the occasion, saves the day and immediately sets about fixing all of the world's problems in ways only a goddess would. With this benevolent goddess acting as a global panacea, it's only a matter of time before political and corporate entities seek to stop her by any means necessary. But how do you assassinate a goddess? This tale is a pleasure from start to finish, and even though it kind of works in the same territory as Garth Ennis and Phil Winslade's (1995), it's still very much its own entity, refreshingly free of clichéd city-smashing superhero throwdowns.