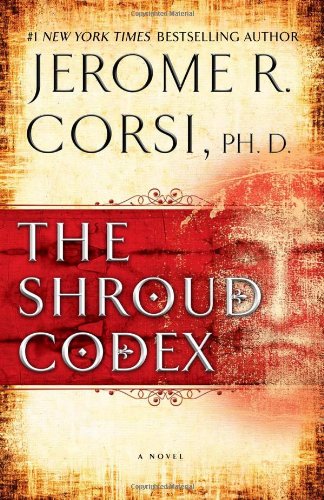 Bestseller Corsi ( ) makes his fiction debut with this tedious work of religious speculation. After his mother's death, brilliant physicist Paul Bartholomew decides to devote his life to finding God and becomes a Catholic priest. A decade later, Paul dies in a car crash on a New York highway, but he has a vision of God, who offers him a choice: he can either stay in heaven and enjoy eternal happiness, or return to earth and convey to humanity the message Jesus embedded in the Shroud of Turin. Choosing the latter option, Paul soon becomes an international sensation after displaying stigmata while preaching in his Manhattan church. The Vatican hires psychiatrist and professional unbeliever Stephen Castle to help assess whether the manifestations of Christ's wounds are genuine. Stephen's inquiry, which ends up focusing on whether the legendary shroud is a fake, occupies much of the book. That Bartholomew may in fact represent the Second Coming gets short shrift.