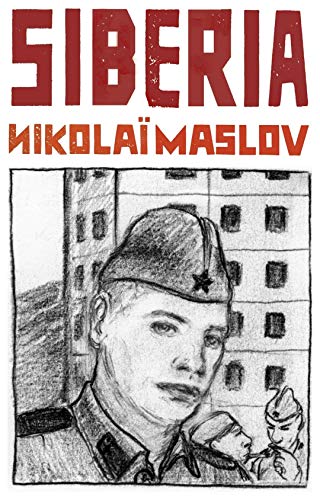 The backstory of this graphic novel may be as compelling as the book itself. Maslov, a Muscovite night watchman, handed a visiting French editor some pages from what became this book. Impressed, the editor offered Maslov an advance, enabling the middle-aged artist to finish the book and, for the first time in his life, live as a working artist. This book is the story of Maslov's life. Drawn entirely in soft, impressionistic pencil, it follows his upbringing in Siberia in the 1950s through his army conscription and service in Mongolia, an utterly absurd riff on the tragicomic life of a Soviet soldier in the '70s. These scenes are so strange, so dazed, that they take on a hallucinatory glow. It also tracks his descent into alcoholism and despair, followed by his slow ascent out of that chasm. At times the drawing is stiff and naïve, and the translation is spotty, but Maslov's wry, cracked voice always shines through the formal problems. His is a voice from history, and his pencil drawings, which sometimes seem to shift as you look at them, drives that home. Even at his most horrifyingly real, Maslov is a friendly confidant, waving at the audience from what feels like a distant planet.