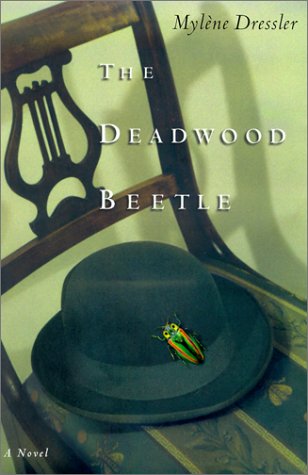 This European-flavored novel—Dressler's second, after —tells, in a taut and occasionally elliptical first-person voice, the story of entomologist Tristan Martens, who has devoted his adult life to the study of beetles, the "janitors" who diligently clean up the planet's waste. An atheist, he is estranged from his only child, a troubled boy who grows up to be a gun-stockpiling member of the radical religious right, who accepts his father's Christmas checks but won't let him see his grandson. Divorced, and recently retired from a New York City university, Martens is settling into a life of isolation, despite the efforts of his last graduate student, the exuberant and enthusiastic Elida Hernandez. Then, in an antique store, he stumbles across the blackened pine sewing table that once belonged to his mother. On it is written, in childish handwriting, a Dutch inscription meaning "When the Jews are gone, we will be the next ones." To the owner of the store, the elegant Cora Lasher Lowenstein, this is a "child's warning," as "clear and honest" as the famous one made during World War II by Pastor Niemöller. To Martens, however, the statement is both ambiguous and dangerous. The table is not for sale, but as Martens embarks on a campaign to persuade Cora to remove it from display, he finds himself on a journey into his childhood during the Nazi occupation. Along the way, Martens begins to learn how to deal with the detritus of personal and political life, which human beings cannot dispose of as cleanly and neatly as beetles dispose of organic leftovers. European world-weariness mingles with American optimism in this accomplished novel, dense with the scrap material of the past.